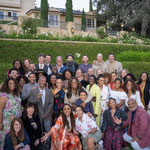 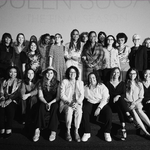 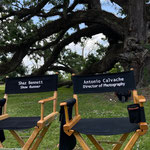 Over 7 seasons and 89 episodes, Ava DuVernay hired only women to helm each episode. Here’s the impact it had on 5 of those directors.

Meet the 42 Women Directors of ‘Queen Sugar’ — and How They’re Taking Over Hollywood.  - Variety

About ALASKA IS A DRAG:
It’s going to be compared to Moonlight, for obvious reasons. But Alaska Is a Drag is a fine, enjoyable achievement in its own right. -- Steven Silver / Today Philadelphia

Queen of the ring: Shaz Bennett, director of Alaska is a Drag, explains how latest film is a mirror reflection of her own life.

ALASKA IS A DRAG weaves its own gendered dichotomy into a character study of put-upon young dreamer who desperately needs the mental escape both drag and boxing offer.  Washington does an incredible job of making that character a joy to watch, as Bennett deftly backs him up with a colorful fantasy world backdrop that emerges from between the cracks of a grim, industrial setting.

Martin L. Wahington Jr. as Leo, and Maya Washington as Tristen, provide colourful performances which remind the audience that imagination is a function of memory.  -- JA Magazine

The use of juxtaposition in Bennett's work is refreshing, as Leo is sent tumbling head first into the glamorous world of drag and the bloodied, tough-as-nails world of boxing at the same time. The needle is carefully threaded, as Leo's speed and foot movement on stage becomes one of his strongest assets in the ring. Martin L. Washington's Leo glides effortlessly from bruises to rouge and back again. -- Gay Themed Films we love

Bennett's story is one of hope, which seems to be otherwise in short supply in this godforsaken corner of the world -- or the world in general. -- Ft. Lauderdale Press

Every film festival has a few hidden gems, and the most notable one at PFF this year was Alaska Is a Drag, a winning drama directed by Shaz Bennett. Based on a short of the same name from 2012, Alaska Is a Drag—as the title should possibly make obvious—is about an aspiring drag performer in rural Alaska. But it goes a lot deeper than that. Martin L. Washington, Jr. plays Leo, who spends his days working in a fish cannery in Alaska and his nights aspiring to drag superstardom, at the region’s lone gay bar. But he’s also… really good at fighting, skills learned from Bruce Lee movies and the necessity of surviving as an undersized gay black kid in that sort of environment, so in addition to drag performances the film also has boxing scenes. He’s supported, though, by his cancer-fighting twin sister Tristen (Maya Washington), and theirs is one of the more compassionate, lived-in brother/sister relationships on screen in recent memory. In her enchanting feature debut writer/director Shaz Bennettspares no punches in showing how brutal and isolated Alaska can be especially if you are anything different than the norm. -- Queerguru